EC-JCZ (cn 619) A Very special Water wall during water salute, for the Captain of Iberia Flight 6830 non stop to Madrid. This flight is his last flight before retirement, and because of that, Chilean SSEI give him a very special salute. Dedicated to this Captain [Canon EOS XTi] 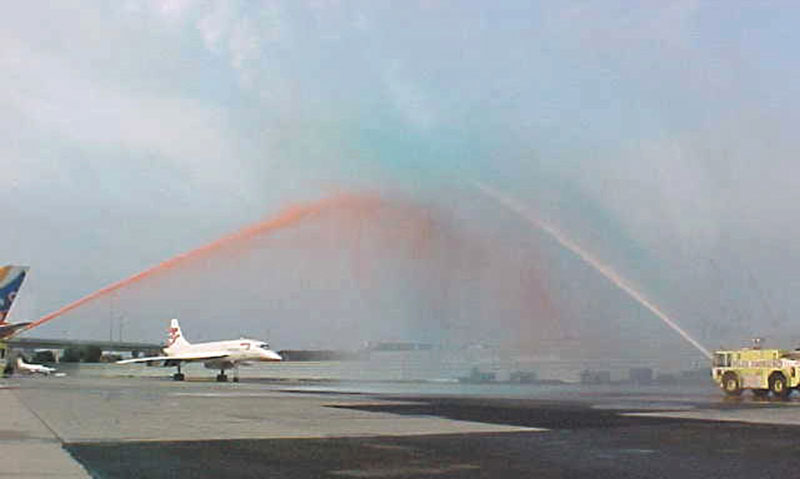 After 34 years with British Airways, Captain Leslie Scott has retired from the Concorde fleet. In 1996 he captained the fastest ever transatlantic crossing in a passenger aircraft.

Captain Scott, who has flown many aircraft in his time at BA said "I've had a wonderful career and thoroughly enjoyed working on Concorde. What I'll miss most is the camaraderie and enthusiasm of all the people associated with the aeroplane."..... N938AN (cn 29533/608) Last flight for this Captain before his retirement. On his way to the gate to park his plane for the last time and gets a the water cannon salute. Congrats on your retirement Captain!
Top