A Romanian Air Force (Fortele Aeriene Romane) LanceR-C single-engine fighter (an Aerostar/Elbit-modernized Soviet-era MiG-21MF-75) crashed on 12 June in the south-east Romania while on a training mission under the "Thracian Eagle 2017" military exercise carried out alongside the Bulgarian Air Force.

The crashed aircraft (military identification number 5788) that belonged to the 861st Fighter Squadron of the 86th Air Force Base in Fetesti took-off from Mihail Kogalniceanu air base and crashed at 11.15 hours due to major engine problem that pilot Lieutenant Colonel Adrian Stancu experienced minutes before landing at the same air base from where he took-off 45 minutes earlier. Once he diverted falling aircraft towards an uninhibited area, the pilot ejected successfully and his MiG-21 crashed near Nazarcea village, some 8km from Mihail Kogalniceanu air base.
COPYRIGHT IGOR BOZINOVSKI 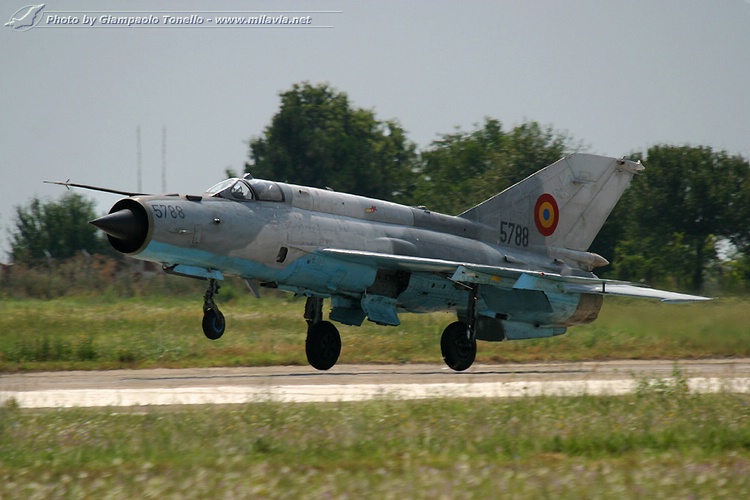 A Romanian Air Force (Fortele Aeriene Romane) LanceR-C single-engine fighter (an Aerostar/Elbit-modernized Soviet-era MiG-21MF-75) crashed on 7 July in the south-east Romania, some 130 km east of Bucharest, while participating in an open day flight display show organized by the 86th air force base at Fetesti.

The crash comes 13 months after another Lancer-C was lost in a non-fatal accident on 12 June 2017.